Coming Forth of the Book of Mormon

John A. Tvedtnes, “Coming Forth of the Book of Mormon” Excerpt from meridianmagazine.com 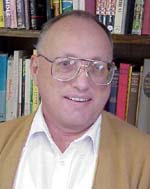 The title page of the Book of Mormon informs us that Mormon’s abridgment of the Nephite records was “To come forth by the gift and power of God unto the interpretation thereof …The interpretation thereof by the gift of God.” The idea is also found in the Testimony of the Three Witnesses, in D&C 135:3, and in Joseph Smith’s declaration, “Through the medium of the Urim and Thummim I translated the record by the gift and power of God” (History of the Church 4:537).

Though the Book of Mormon was of divine origin, there were other factors that made it possible to bring it to light. One of these was the manner in which the plates containing the record were preserved. Had Mormon written his abridgment on perishable materials, it might not have survived the 1400 years until the time of Joseph Smith. He could have written it on plates of copper, bronze, or silver, but these could have oxidized over the centuries, leaving only fragmentary text.

Instead, he chose gold (or a gold alloy), which retains its brightness after thousands of years of burial in the ground. Mormon’s son, Moroni, carefully placed the plates in a stone box atop two other stones and covered the box with a much larger stone that kept the cache safe from discovery and the effects of nature. [1] It was the Lord who directed the preparation of records on plates (1 Nephi 9:3, 5; 19:1, 3; 2 Nephi 5:30-32; Mormon 8:14).

Another obvious factor in the coming forth of the Book of Mormon was the invention of the printing press by Johannes Gutenberg in the mid-fifteenth century. 1 Prior to that time, books were copied by hand, mostly by monks in various monasteries throughout Europe, a tedious process that made books available only to clergy. With the arrival of the printing press, books were made available to a wider audience, leading to a rise in literacy in Latin, the language in which Gutenberg’s first printed book, the Bible, was published. [2]

Less than a century after the development of printing, the Protestant Reformation was underway, one of whose goals was to make the Bible available in the native languages of western Europe. Literacy and Bible knowledge spread to the masses over the next few centuries. Although both of these were important for the acceptance of the Book of Mormon by the reading public, [3] as long as there was no one to retrieve and translate Mormon’s record, the book could not become known.

The New World came to the attention of Europeans following the voyages of Christopher Columbus, beginning in 1492, just a few years before the Reformation began. The Protestant movement ultimately led to the formation of the Church of England and its various break-offs, including the Puritan movement that led to the settling of New England in the early seventeenth century.

Joseph Smith’s ancestors were part of that movement and some participated in the U.S. war of independence against Britain. Most of them lived in Massachusetts, but Joseph Smith Jr. was actually born in Sharon, Vermont. Had his family remained in that area, he might never have come into possession of the gold plates that Moroni hid in a hill located in the state of New York. What, then, brought the Smith family to New York?

The answer to that question is: a volcano, Tambora by name, situated on an island in what is today the nation of Indonesia. In 1815, Tambora exploded with such fury that it has never been surpassed in modern times, not even by the more well-known 1883 eruption of the Indonesian island of Krakatoa.

Ten thousand people on Sumbawa and nearby islands were killed instantaneously, and 82,000 more died from the famine and disease that followed. The sound of the explosion was heard as far away as 1,600 miles, on the island of Rodriguez.

Tambora ejected some thirty-six cubic miles (170 billion tons) of volcanic debris into the stratosphere. The thick ash cloud produced complete darkness on islands up to 370 miles away for three days. Circling the globe many times over and joining with ash from the 1812 eruption of La Soufrière in the West Indies and the 1814 eruption of Mt. Mayon on the Philippine island of Luzon, it produced spectacular orange sunsets as far away as England, and parts of Europe and North America experienced no summer in 1816.

Snow fell in some parts of New England as late as July and August, with frost recorded every month from June through September. Crop failure resulted in widespread famine and food riots in France and England.

The Smiths, then living in Norwich, Vermont, were among those who experienced crop failures due, as Lucy Mack Smith wrote, “to an untimely frost” that “almost caused a famine.” Her husband decided to move to New York and the family settled in the vicinity of Palmyra, where Joseph Jr. not only experienced his first vision, but also received the visit of the angel Moroni, from whom he obtained the abridgment plates prepared by Mormon and hidden by Moroni himself a millennium and a half earlier.

This has been facilitated by another development, the restored Church’s translation program, which began in the 1850s and was accelerated beginning in the 1970s. By the end of 2007, some 100 million copies of the Book of Mormon had been printed in 94 languages.

A factor in bringing the Book of Mormon to the attention of more people is scholarly research into Book of Mormon topics. Early researchers included Thomas Brookbank, B. H. Roberts, and Janne Sjodahl, followed in the mid 20th century by Sidney Sperry, Hugh Nibley, and others. Great advances were made beginning in 1946 by the Society for Early Historic Archaeology, now carried on by the Ancient America Foundation.

With the establishment of the Foundation for Ancient Research and Mormon Studies (FARMS) in 1979, scholarly efforts became more coordinated and more widely known, thanks to the publication of numerous books and periodicals such as the Journal of Book of Mormon Studies.

FARMS has now been incorporated into the Neal A. Maxwell Institute for Religious Scholarship at Brigham Young University. Some of the institute’s research has been brought to the attention of a wider range of scholars outside the Latter-day Saint community. [4] In recent years, some articles published by the institute have been published in foreign languages. [5]

The development of electronic media has also contributed to spreading abroad the message of the Book of Mormon. The Church of Jesus Christ of Latter-day Saints issued its computerized versions of all the scriptures in the 1980s and the Infobases CD-ROM included them as well. With the acquisition of Infobases by the Church-owned Deseret Book, they are now available on that company’s GospelLink CD-ROM packages.

The factors listed here (which may comprise an incomplete list) have made the Book of Mormon readily accessible to most of the earth’s inhabitants. It is even available in audio recordings for the visually impaired and in Braille (for some languages) for the hearing impaired. But there remains one more important factor, which takes us back to the beginning of our discussion, i.e., that the Book of Mormon came to us “by the gift and power of God.”

Divine Assurance
The Testimony of Eight Witnesses, published in the beginning of the Book of Mormon since 1830, declares that they handled the plates from which Joseph Smith translated the book and that they appeared to be ancient. They solemnly declared “we have seen and hefted, and know of a surety that the said Smith has got the plates of which we have spoken.”

The Testimony of Three Witnesses differs from this rather mundane declaration and physical description in affirming that “an angel of God” appeared and showed them the plates, so that “they have been shown unto us by the power of God, and not of man,” as was the case with the eight witnesses. They further testified that, “We also know that they have been translated by the gift and power of God, for his voice hath declared it unto us; wherefore we know of a surety that the work is true.”

Whereas the eight could only affirm that the plates existed, the three learned from God himself that the translation was divinely performed. I.e., they learned that the text itself was true.

Joseph having returned the plates to the angel, we, too, must rely on divine assurance that the text of the Book of Mormon is true. We do this by following the admonition of Moroni, written before he hid the plates up for future generations:

And when ye shall receive these things, I would exhort you that ye would ask God, the Eternal Father, in the name of Christ, if these things are not true; and if ye shall ask with a sincere heart, with real intent, having faith in Christ, he will manifest the truth of it unto you, by the power of the Holy Ghost. And by the power of the Holy Ghost ye may know the truth of all things. (Moroni 10:4-5)

[1] The hiding of records in caves or in the ground is now known to have been a widespread ancient practice, as I discussed in my book The Book of Mormon and Other Hidden Books: Out of Darkness Unto Light (Provo: FARMS, 2000). See also H. Curtis Wright, “Metal Documents in Stone Boxes,” in volume 1 of John M. Lundquist and Stephen R. Ricks, eds., By Study and Also by Faith (Salt Lake City: Deseret and FARMS, 1990).

[2] When St. Jerome translated the Bible into Latin in the late fourth and early fifth centuries AD, he intended to make the Bible (formerly available in Greek and Hebrew) more widely available to those who could read. At the time, none of the native tongues of western Europe were being written, so those who were literate could read only Latin.

[3] Both were also factors in the rejection of the Book of Mormon by those who considered the Bible the exclusive word of God.

[4] For a brief history of such research, see John A. Tvedtnes, “Scholarship in Mormonism and Mormonism in Scholarship,” posted on the FAIR web site at http://www.fairlds.org/FAIR. For a specific example, see Tvedtnes, “Hebrew Names in the Book of Mormon,” posted on the FAIR web site at http://www.fairlds.org/pubs/HebrewNames.pdf. This paper was originally presented at the 13th annual World Congress of Jewish Studies in Jerusalem, August 2001.

[5] In addition to the ones on the institute’s web site (http://maxwellinstitute.byu.edu/), several volumes have appeared in the German series F.A.R.M.S. Foundation for Ancient Research and Mormon Studies, Deutschsprachige Ausgabe. For a French web site that includes many scholarly articles on the Book of Mormon and other LDS topics, go to http://www.idumea.org/Etudes/Etudes.htm.

DNA and the Book of Mormon