In Book of Mormon, LDS Church 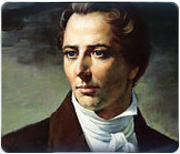 Richard Neitzel Holzapfel was amazed at how often Joseph Smith was identified as “the Seer” in John Whitmer’s record of the early history of the LDS Church. Whitmer wrote the record from 1831 to 1838. Holzapfel read the book to prepare for a class he was teaching at BYU’s Campus Education Week.

“Dozens and dozens of times as (Whitmer) was writing out this faithful history  — commanded (to be kept) by the Lord Jesus himself — he would say, ‘Joseph the Seer said,’ or ‘the revelation was given to Joseph the Seer,'” Holzapfel said. “It struck me that the early church members knew Joseph in a way in which, maybe, we don’t appreciate.”

Holzapfel, a professor of church history and doctrine at BYU, told the class at Education Week why Joseph was known as “the Seer” and why his use of a seer stone to receive revelations eventually ended.

“Joseph Smith’s story didn’t start in the Sacred Grove,” Holzapfel said. Joseph was identified as a seer long before he was born. The ancient Biblical patriarch, Joseph, prophesied, “A seer shall the Lord my God raise up, who shall be a choice seer unto the fruit of my loins” (2 Nephi 3:6).

“Imagine. What must it have been like for Joseph to translate this very passage and all-of-a-sudden dawn on him the he’s the choice seer?” Holzapfel said.

According to Holzapfel, the Book of Mormon teaches that a seer is someone who uses the seer stones (see Mosiah 8:13). The terms “seer stones” and “Urim and Thummim” were used interchangeably in early Mormon documents.

In the Old Testament, the Urim and Thummim were stones used for divining the will of God. Holzapfel indicated that these were the translators given to Joseph with the gold plates. Joseph also found another stone that became his seer stone.

Holzapfel compared it loosely to a wedding ring or a CTR ring. The rings help some people remember their covenants or “choose the right.” But the rings do not help everybody. Some choose the wrong. There is nothing magic about the rings. “But those objects can be means to recall and remember and have faith,” he said. “But obviously the real purpose is to move beyond those objects to become that person that (doesn’t need the objects).”

This is what happened to Joseph.

Orson Pratt remembered watching Joseph Smith receive inspiration while reviewing the New Testament. He wondered why Joseph didn’t need the Urim and Thummin or seer stone like he did when he translated the Book of Mormon. “Joseph … looked up and explained that the Lord gave him the Urim and Thummim when he was inexperienced in the Spirit of inspiration,” Pratt said. “But now he had advanced so far that he understood the operations of that Spirit and did not need the assistance of that instrument.”

Joseph Smith was taught by the Lord and grew in spiritual maturity. This is why, according to Holzapfel, Joseph was called the choice seer. “He wasn’t a person who used the seer stone. He became a seer stone.”

Surrender in order to Conquer

Prepared through Adversity for Eternal Life