The Book of Mormon and the Manuscripts

Grant Hardy, "The Book of Mormon and the Manuscripts", Meridian Magazine, Nov. 16, 2010 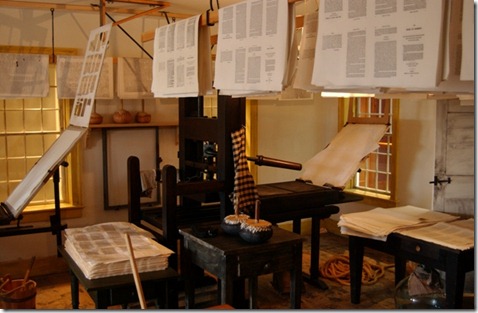 When the King James Bible was first published in 1611, it was based on the best Hebrew and Greek manuscripts that were available to the translators.  In the four centuries since then, thousands of biblical manuscripts and fragments have been discovered.  Perhaps the most exciting of these new finds were the Dead Sea Scrolls, which were nearly a thousand years older than anything that scholars had ever seen before.  Because these early manuscripts were copied by hand, they all differed slightly from each other, and in some cases they preserved readings that were superior to those that underlie the King James Version.  Most of the differences are rather minor, but there are gems among them (though one has to consult modern translations to gain access to them).

Psalms 145:13.  The KJV, following 15th century Hebrew texts, reads “Thy kingdom is an everlasting kingdom, and thy dominion endureth throughout all generations.”  The Dead Sea Scrolls has the same reading, but it adds another sentence, so that the complete verse is: “Your kingdom is an everlasting kingdom, and your dominion endures through all generations.  The Lord is faithful to all his promises and loving toward all he has made” (New International Version).  There are no new doctrines taught in this recently recovered sentence, but to those who love the word of God, every line of scripture is precious.  (Similarly, the NSRV includes at the end of 1 Sam. 10 an entire paragraph from the Dead Sea Scrolls that was lost from the later texts on which the KJV was based.)

Matthew 5:22.  Modern translations delete the phrase “without a cause” from this verse (KJV: “I say unto you, that whosoever is angry with his brother without a cause shall be in danger of the judgment”), because it does not occur in the oldest and most reliable manuscripts.  It is similarly absent in the Book of Mormon version of the Sermon on the Mount (3 Ne. 12:22), thus providing a remarkable witness of the authenticity of that text.

1 John 4:19.  In the KJV, John teaches that because Christ, in performing the atonement, took the first step toward reconciliation, we can respond to his freely offered love and love him in return: “We love him, because he first loved us.”  Modern translations all follow better Greek manuscripts which universalize the first phrase: “We love, because he first loved us.”  In other words, the power of the atonement allows us to love not just God, but everyone else too.

The reconstruction of more accurate base texts for the Bible is one of the great scholarly achievements of the past century.  In fact, scholars at BYU have been involved in analyzing the Dead Sea Scrolls and one professor there, Donald Parry, has been invited to participate in creating the next edition of the Biblia Hebraica—the standard scholarly edition of the Hebrew Bible that is used by Jews, Catholics, and Protestants alike.  For Latter-day Saints who, along with Joseph Smith, “believe the Bible as it read when it came from the pen of the original writers” (HC 6:57), this is thrilling stuff.

It is also exciting that the Book of Mormon has begun to receive the same sort of scholarly attention in the work of Royal Skousen, a professor of linguistics at BYU.  For the last two decades he has been working on the Critical Text Project of the Book of Mormon (a critical text is one that is based on the analysis of manuscripts).  Unlike the Bible, for which there are thousands of manuscript fragments, the Book of Mormon is based on just two handwritten copies: the original manuscript, which was primarily written by Oliver Cowdery as Joseph Smith dictated the words of the Nephite record by revelation, and the printer’s manuscript, a copy that was made in order to keep the original safe during the typesetting process.  As is always the case, a few errors were introduced in the course of taking dictation, copying, and typesetting,

In 2001, FARMS published Skousen’s meticulous transcription of the extant original manuscript and the printer’s manuscript, and then from 2004 to 2009 they released six large volumes of textual analysis in which he considered over 5000 variations in the manuscripts and twenty printed editions.  Just last year, Skousen published his scholarly reconstruction of the earliest text of the Book of Mormon with Yale University Press—which is an indication of how important this project is not just to Latter-day Saints, but to historians and scholars of religion.

The Yale edition of the Book of Mormon contains several hundred readings that have never appeared in any previous editions, including 216 that were found only in the original manuscript, 187 from the printer’s manuscript (where the original is not extant), and 88 that were in both the original and printer’s manuscripts.  Most of these are simple variations of word choice or grammar or spelling that do not make a difference in the meaning (for instance, it appears that the chief judge Pahoran’s name was originally spelled as Parhoran), and none of them affect basic doctrine, but there are nevertheless some gems among them that add to our understanding of this sacred text.

Let me give you a dozen examples:

2 Nephi 1:5.  Careful examination of the original manuscript shows that it read “the Lord hath consecrated this land unto me” rather than the current “the Lord hath covenanted this land unto me.”  The words have similar meanings, but they are not exactly the same, and in this case the earliest reading of verse 5 matches that of verse 7 – “this land is consecrated unto him whom he shall bring.”

2 Nephi 4:26.  Here the difference of just one letter shifts the focus from a general observation to a very personal experience of Nephi’s.  Today we read “if the Lord in his condescension unto the children of men hath visited men in so much mercy, why should my heart weep and my soul linger in the valley of sorrow.”  But the printer’s manuscript (the earliest extant text) has “if the Lord . . . hath visited me in so much mercy . . .”  Clearly, Nephi is speaking in this passage from his own direct knowledge.

Jacob 7:26.  In the current text, Jacob laments that his people have been “born in tribulation in a wilderness,” but both the original and printer’s manuscripts have an additional word: “born in tribulation in a wild wilderness.”  The 1830 typesetter omitted “wild,” perhaps inadvertently, or because he felt it was redundant, but I quite like the emphatic repetition, and there may even be a subtle distinction in the words, so that the final phrase means something like “an untamed, desolate region.”

Mosiah 26:9.  In copying, it is easy to miss small but important words.  Thus the present edition, speaking of unbelievers who were encouraging church members to sin, has “Alma did not knowconcerning them, but there were many witnesses.”  The earliest reading, however (from the printer’s manuscript) has almost the opposite: “Alma did know concerning them, for there were many witnesses.”

Alma 2:30.  Currently, Alma prays to the Lord and asks him to “have mercy and spare my life that I may be an instrument in thy hands to save and preserve this people.”  In the earliest manuscripts, however, he asks for a chance to “save and protect this people.”  The wordspreserve and protect may look similar (hence the copying error), but their meanings are somewhat different, with the latter being a more active, assertive verb.

Alma 33:21.  It is sometimes easy to see where copying errors may have been introduced.  Originally this verse read “that ye might behold,” but the scribe for the printer’s manuscript mistakenly copied this as “that ye might be healed,” which is the way it still reads today.

Alma 39:13.  This is one of my favorite recoveries of the original text.  As it reads today, Alma is urging his youngest son, Corianton, to “acknowledge your faults and that wrong which ye have done.”  But in the original manuscript, another step of repentance is included when his advice is to “acknowledge your faults and repair that wrong which ye have done.”  The crucial word “repair” was lost because of an inkblot in the original manuscript.

3 Nephi 2:18.  Sometimes two similar words in quick succession will cause a mistake.  The earliest version has “they did come forth again against the people of Nephi” where the current edition shortens this to “they did come forth against the people of Nephi.”  The repetitive nature of the invasion apparently mattered to Mormon, the historian, though it has been lost in the transmission of the text.

As you can see, most of these differences are not tremendously consequential—the basic meaning still comes through—but there are nevertheless additional insights to be gained, and for those who view the Book of Mormon as a gift from God, every word matters.  It is exciting to get as close as we can to the original moment of revelation, when Joseph first dictated the words of the Book of Mormon to Oliver.

Will the Church eventually adopt these more accurate readings into future official editions of the Book of Mormon?  Probably someday.  After all, the current edition, from 1981, incorporated several changes based on the original and printer’s manuscripts.  Yet it is a weighty and sacred responsibility to determine the specific words of canonized scripture that will be authoritative for Latter-day Saints around the world, so any modifications will undoubtedly be made very deliberately and slowly.

In the meantime, interested readers can consult Royal Skousen’s The Book of Mormon: The Earliest Text, that is, the Yale edition, where he lists over 700 significant changes in the history of the text.  This type of reading, which focuses our attention on exact wording and nuances of meaning, can help us better understand the writings of ancient prophets and the message of this additional testament of Jesus Christ.

GRANT HARDY is an associate professor and chairman of the history department at the University of North Carolina at Asheville.  He is the author of several books includingUnderstanding the Book of Mormon.

Smell of the Lamp, Smell of Engraving

A Remarkable Journey to Mormonism