Bruce R. McConkie, “The Keystone of Our Religion” The Improvement Era, June 1968, 46 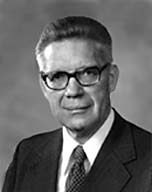 We have a volume of sacred scripture known as the Book of Mormon, which contains the mind and will and voice of God to the world today. Like the Bible, with which it is in complete conformity, it contains a record of God’s dealings with a people who had the fullness of the everlasting gospel. Thus, both the Book of Mormon and the Bible present a summary of the doctrines of salvation, of the truths men must accept and live by to gain the celestial heaven, and both record the wondrous blessings poured out by Deity upon those in former days who walked in the light of the Lord and who kept his commandments.

The Book of Mormon is a record of God’s dealings with his ancient American saints; the Bible is a similar and parallel record of his dealings with the saints in the Old World. Both shed forth a flood of light and knowledge about those truths that must be believed and obeyed to gain salvation, to gain peace in this life and eternal life in the world to come. And none now living can gain that salvation, which is the greatest of all the gifts of God, without conforming to those truths of which both books testify.

But salvation is not found in a book, any book, neither the Book of Mormon nor the Bible. Salvation is in Christ; it comes because of his atoning sacrifice; his is the only name given under heaven whereby man can be saved. Salvation comes by the grace of God, through the shedding of the blood of his Son. As a Book of Mormon prophet said, “. . . salvation was, and is, and is to come, in and through the atoning blood of Christ, the Lord Omnipotent.” (Mosiah 3:18.)

However, salvation is made available to men because the Lord calls prophets and apostles to testify of Christ and to teach the true doctrines of his gospel. Salvation is available only when there are legal administrators who can teach the truth and who have power to perform the ordinances of salvation so they will be binding and will have efficacy, virtue, and force on earth and in heaven.

Now this book, the Book of Mormon, was brought forth in our day by such a legal administrator, one Joseph Smith by name. This man was called of God by his own voice and by angelic ministration. To him was given the ancient record whereon were inscribed the words of prophets and seers who dwelt on the American continent in ages past, holy men who ministered among the land’s inhabitants in much the same way that biblical prophets represented the Lord in the lands of their labors.

Having received the ancient record from a heavenly messenger–from an angel named Moroni, who himself was one of the ancient American prophets–Joseph Smith then translated the book by the gift and power of God. The translated account is the Book of Mormon, a volume of holy writ of some 522 pages. Thereafter Joseph Smith, endowed with the spirit of prophecy and acting pursuant to revelation and at the direct command of God, organized The Church of Jesus Christ of Latter-day Saints, sometimes called the Mormon Church because of its acceptance of this Book of Mormon.

Thus, the coming forth of the Book of Mormon, the call of Joseph Smith to represent God as a prophet on earth, the restoration of the gospel of salvation, and the setting up anew of the earthly Church and kingdom of God–all these are tied together; they are all woven into one pattern; either all of them are realities or none of them are.

We testify that Joseph Smith received the Book of Mormon record from a resurrected personage and that he translated it by the power of revelation.

Now if the Book of Mormon is a true account of God’s dealings with ancient inhabitants of the American continent, if it contains, as we solemnly affirm, the fullness of the everlasting gospel, then Joseph Smith was a prophet, a legal administrator, who did in fact restore the gospel and set up the true Church again on earth. In other words, if the Book of Mormon is true, The Church of Jesus Christ of Latter-day Saints is God’s kingdom on earth, the only true and living Church upon the face of the whole earth, the only place where salvation may be found.

It thus becomes a matter of transcendent import for every truth seeker to learn of the truth and divinity of this volume of sacred scripture–this volume which will open the door to the knowledge of God and his laws; this volume which will introduce the truth seeker to those legal administrators who can, for instance, perform baptisms that will admit penitent persons, not alone to any earthly organization, but to that celestial realm which is God’s eternal kingdom.

In all dispensations past the Lord has called prophets and commissioned them to teach and testify to the people, with the provision that all who believed and obeyed the heaven-sent message would be saved, while those who rejected it would be damned. He has done precisely the same thing in this final gospel dispensation. By his own voice he appointed Joseph Smith to be the first and foremost of his latter-day prophets. Those who have since built on the foundation revealed to Joseph Smith have worn the same prophetic mantle and have and do stand as witnesses to the world of the truth of God’s great plan of salvation in this day.

But in his manifold grace and goodness, God has given an added witness in this day of the eternal verity of his work. Men in this day are as much obligated as men have been in any age to hearken to the voice of the prophets, to lend a listening ear to their sayings, to open their hearts to the truths of heaven which fall from their lips. But today we also have the Book of Mormon to bear record of the truth of the message that has come from a loving Heavenly Father to us, his erring earthly children.

Joseph Smith said that the Book of Mormon was the keystone of our religion.” (Documentary History of the Church, Vol. 4, p. 451), meaning that the whole structure of restored truth stands or falls, depending on its truth or falsity.

Joseph Smith also wrote, “by the spirit of prophecy and revelation,” that the Book of Mormon carne forth to prove “to the world that the holy scriptures are true, and that God does inspire men and call them to his holy work in this age and generation, as well as in generations of old; Thereby showing that he is the same God yesterday, today, and forever. . . . (D&C 20:11-12.)

In the Book of Mormon is found the Lord’s promise to all men that if they will read the record and ponder it in their hearts and then ask the Father in the name of Christ if it is true–asking with a sincere heart, with real intent, having faith in Christ–he will manifest the truth of it unto them by the power of the Holy Ghost. (See Moro. 10:4.)

Now I am one who knows by the power of the Spirit that this book is true, and as a consequence I also know, both by reason and by revelation from the Spirit, of the truth and divinity of all the great spiritual verities of this dispensation. For instance:

I know that the Father and the Son appeared to Joseph Smith–because the Book of Mormon is true.

I know that the gospel has been restored and that God has established his Church again on earth–because the Book of Mormon is true.

I know that Joseph Smith is a prophet, that he communed with God entertained angels, received revelations, saw visions, and has gone on to eternal glory–because the Book of Mormon is true.

I know that the Bible is the word of God as far as it is translated correctly–because the Book of Mormon is true.

I know that The Church of Jesus Christ of Latter-day Saints is the kingdom of God on earth, the one kingdom with legal administrators who can seal men up unto eternal life–because the Book of Mormon is true.

To my testimony of the Book of Mormon I add that of the Lord God himself, who said Joseph Smith “has translated the book, . . . and as your Lord and your God liveth it is true.” (D&C 17:6.)

What Think Ye of the Book of Mormon?