The ‘Narrative of Zosimus’ and the Book of Mormon

Defending the Faith: The 'Narrative of Zosimus' and the Book of Mormon | Deseret News. 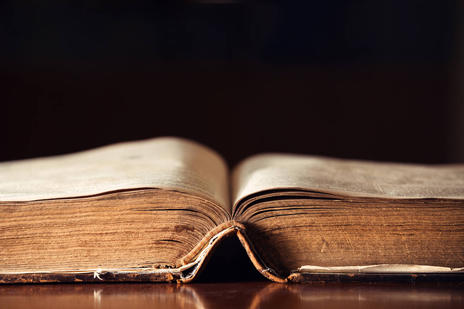 Professor James Charlesworth, of Princeton Theological Seminary, spoke in Provo and Logan last week. A major figure for decades in the study of Judaism and Christianity around the time of Jesus, Charlesworth is also a longtime friend (and, in some cases, a mentor and former teacher) of several members of The Church of Jesus Christ of Latter-day Saints. He’s visited and spoken in Utah on several prior occasions, and he’ll host a significant academic conference at BYU’s Jerusalem Center in August.

One night during Charlesworth’s visit, a few of us, including professors Stephen Robinson and John Welch, who studied under him when he taught at Duke University, gathered with him for dinner, and the conversation sometimes turned affectionately reminiscent.

At one point, Robinson and Welch recalled a seminar where Charlesworth asked his students to read a text called “The Narrative of Zosimus.” This curious document is difficult to date but seems to have existed in Greek, at least in some form, by the middle of the third Christian century.

Indeed, its core material may originally have been composed in Hebrew, perhaps at the time of Jesus Christ or even earlier. Charlesworth invited his students to try to determine whether the document was Christian or Jewish.

As Welch and Robinson describe their experience, they were both immediately struck by the parallels they saw between the Zosimus story and elements of the Book of Mormon, which is itself a notable mixture of seemingly Jewish and Christian elements. Yet there’s no evidence that the “Narrative of Zosimus” was available in English at the time the Book of Mormon was published. (Its first major publication came in 1867.)

I quote from a summary of the document published by Welch, with an obvious eye to the Book of Mormon, in 1982:

“According to the Narrative of Zosimus, a righteous man named Zosimus, dwelling in a cave in a desert, prays to the Lord and obtains spiritual passage to a land of blessedness. In order to arrive at this land of promise, Zosimus must wander in the wilderness without knowing where he is being led. He is pushed to the point of exhaustion but attains his destination by constant prayer and divine intervention. Zosimus eventually arrives at the bank of an unfathomable river of water covered by an impenetrable cloud of darkness. Catching the branches of a tree, Zosimus is transported across the water where he sits beneath a beautiful tree, eating its fruit and drinking of the life-sustaining water which flows from its root. Zosimus is then met by an angelic escort, who asks him what he wants, shows him a vision in which he thinks he beholds the Son of God, and ultimately introduces him to a group of righteous sons of God. These elders tell Zosimus of their history and instruct him in their ways of righteousness. Their history is engraved upon soft stone plates. It explains how the group, led by their father, escaped the destruction of Jerusalem at the time of Jeremiah and how as a nation they survived the scattering of Israel.”

The similarities to the Book of Mormon — and there are more than are summarized here — will be obvious to anybody who’s read even 1 Nephi. They’re difficult to explain from either a faithful perspective or that of someone seeking to refute the claims of Joseph Smith and the Restoration.

It seems unlikely, for example, that the author of the “Narrative” could have known about the Lehites; it’s certainly difficult to imagine his knowing their story after they’d left Jerusalem and, indeed, the eastern hemisphere altogether. But the “Narrative of Zosimus” is indisputably an ancient Near Eastern book, and the fact that the opening chapters of 1 Nephi seem so very similar to it in theme and subject matter suggests that the Book of Mormon, too, may well be a book with roots deep in the ancient Near East. And that, of course, is precisely what it claims to be — with far-reaching implications if its claim is true. Yet we can be virtually certain that Joseph Smith had never read — nor heard of — the “Narrative of Zosimus.”

The Spectacles, the Stone, the Hat, and the Book…